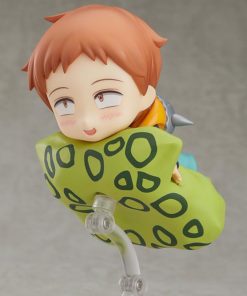 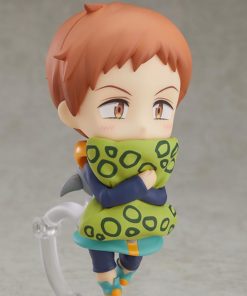 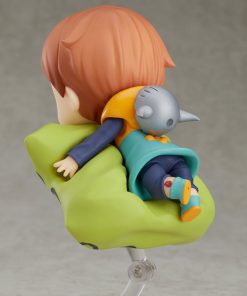 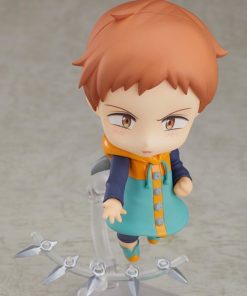 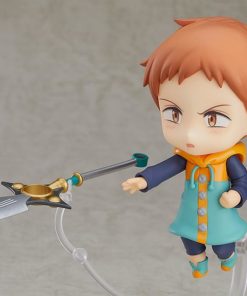 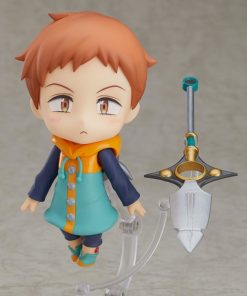 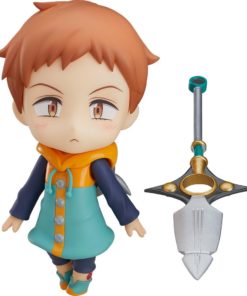 King of Faries, Harlequin. is one of the favorite nendoroid characters of Nanatsu no Taizai Otakus. His joints pose and change very well. People are pretty happy with his sturdiness on his stand. The only complaint people have is not having more Seven Deadly Sins nendoroids. Enjoy this King Harlequin nendoroid because this nendoroid definitely doesn’t dissappoint. Some say,  “he’s super cute.” While others say ,”I’m just a fan.” At end of it, attention to detail is a must for any fan of King, and this is the nendoroid that has it.

Product categories
The member of the Seven Deadly Sins known as the Grizzly’s Sin of Sloth – King!
From the anime series “The Seven Deadly Sins: Revival of The Commandments” comes a Nendoroid of the kind-hearted Fairy King burdened with the sin of sloth – King! He comes with three face plates including a standard composed expression, a powerful combat expression as well as a listless expression.
What’s in this?
Optional parts include the Spirit Spear Chastiefol in its standard Form One, split into five parts to recreate Form Five: Increase as well as in Form Ten, which is in the form of his cushion! The cushion is included in both a small and large version allowing for all sorts of different scenes from the series! Be sure to add the gentle Fairy King to your collection!
Painted ABS&PVC non-scale articulated figure with stand included. Approximately 100mm in height.
The Seven Deadly Sins: Revival of The Commandments
© 鈴木央・講談社／「七つの大罪 戒めの復活」製作委員会・MBS

Shipping:
Processing Time: 5-7 Business Days Estimated Shipping Time: 14-50 business days depending on your country & customs. Shipping information of your order will be given to you after you buy VIA email.
Email us with any questions or concerns at [email protected]